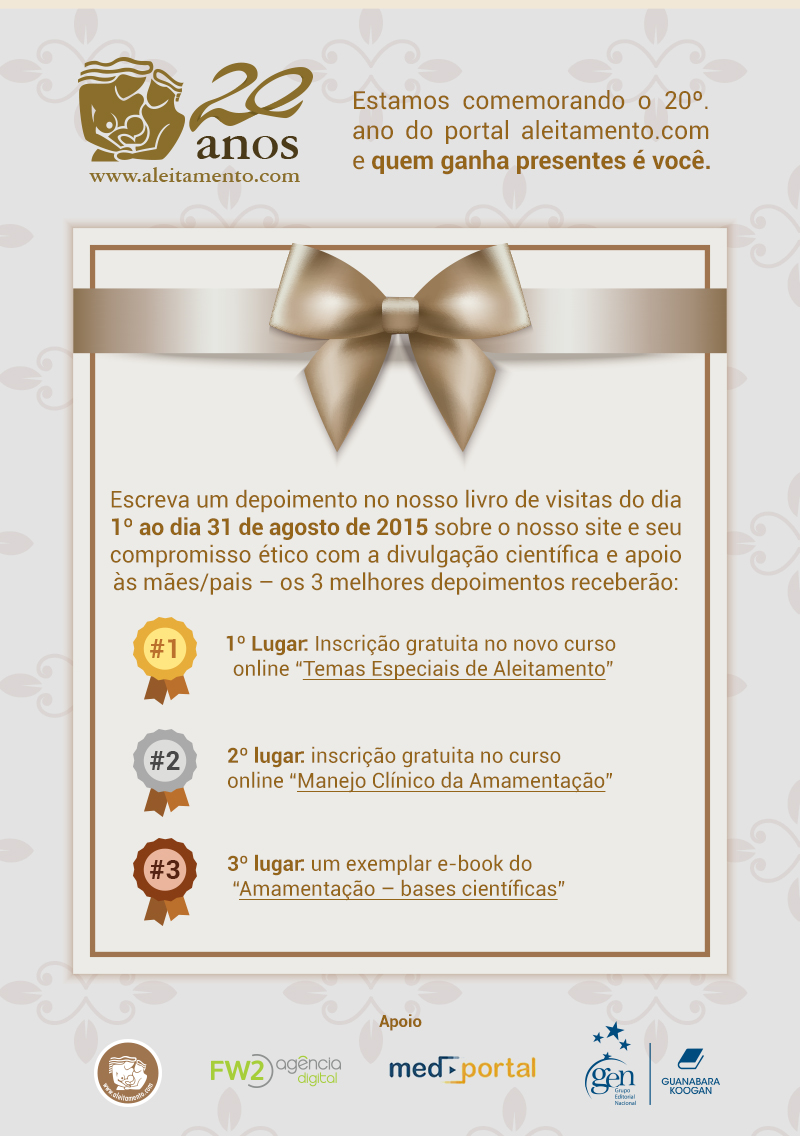 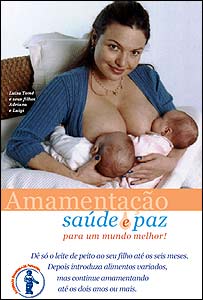 Luiza Tome says women should think about their babies health

Advice for Brazilian mothers
For first six months, baby should only be given breast milk
Breastfeeding should continue for a further 18 months - in combination with other food
Breast milk helps a babys growth and prevents diarrhoea, ear infections and breathing difficulties
Mothers who breastfeed are less likely to develop certain types of cancer
Breastfeeding should not be combined with bottle-feeding
Young babies should not be given dummies
Source: Brazilian Paediatric Society
In one of Sao Paulos largest parks, young mothers are enthusiastic about breastfeeding. But its also clear that many of them find it difficult to follow the official advice.Brazils breastfeeding drive

"This is a miracle of nature," beams Luiza Tome as she breastfeeds her two-month-old twins, Luigi and Adriana. "Every Brazilian mother should breastfeed. The only reason they dont is because of vanity. Theyre scared their bosoms will droop."

Luiza Tome in campaign poster
Luiza Tome says women should think about their babies health
As one of Brazils most famous actresses, Luiza has been chosen to front a national campaign to encourage more women to breastfeed.

According to government figures, only 8% of Brazilian women follow the official advice - which is to feed a child only breast milk for the first six months of its life.

"Its a social and economic problem," declares Dr Leilia Cardamone, a specialist in child nutrition.

"Rich, educated Brazilians know that mothers milk is best. But poorer women still believe things they were told 30 years ago. They think powdered milk is more healthy than breast milk. And their babies are suffering as a result."

Today, nutrition experts agree that breast milk is best. It helps a child to grow, and can prevent disease. It is also thought that breastfeeding reduces a womans risk of developing certain types of cancer.

Above all, breastfeeding is considered the best way to strengthen the bond between mother and child.

The Brazilian scientific community is broadly supportive of the publicity drive, although aspects of the campaign are proving controversial.

For example, women are being advised not to give bottles or dummies to their babies, because this may cause difficulties with breastfeeding. Dummies are also said to cause problems with teething and speech development.

"The tone of this campaign makes some women feel persecuted," says Dr Leonardo Posternak, a 30-year veteran of child medicine.

"Many women find it difficult to breastfeed, for all sorts of reasons. In my opinion, a baby who is bottle-fed lovingly is far better off than a child who is breastfed badly or carelessly. While its mother is watching a soap opera, for example."

"I live on one side of the city and work on the other," says Paula, the mother of two-year-old Mariana.

"So I was only able to breastfeed in the morning and at night. During the day we had to use a bottle."

In another corner of the park, Eliene breastfeeds her nine-month-old daughter, Victoria.

"She likes my milk," says the proud mother, "but for the first few months I also gave her sweet tea. It helps prevent colic."

Traditional remedies of this kind remain popular in Brazil. But the medical community is working hard to discourage mothers from using them.

Back in her lavish family home, Luiza Tome has finished feeding her twins.

"Brazilian women need to think about the health of their babies," she says, "and stop worrying about whether their breast will sag. I breastfed my first child for seven months - and I can tell you, everything soon returned to normal."